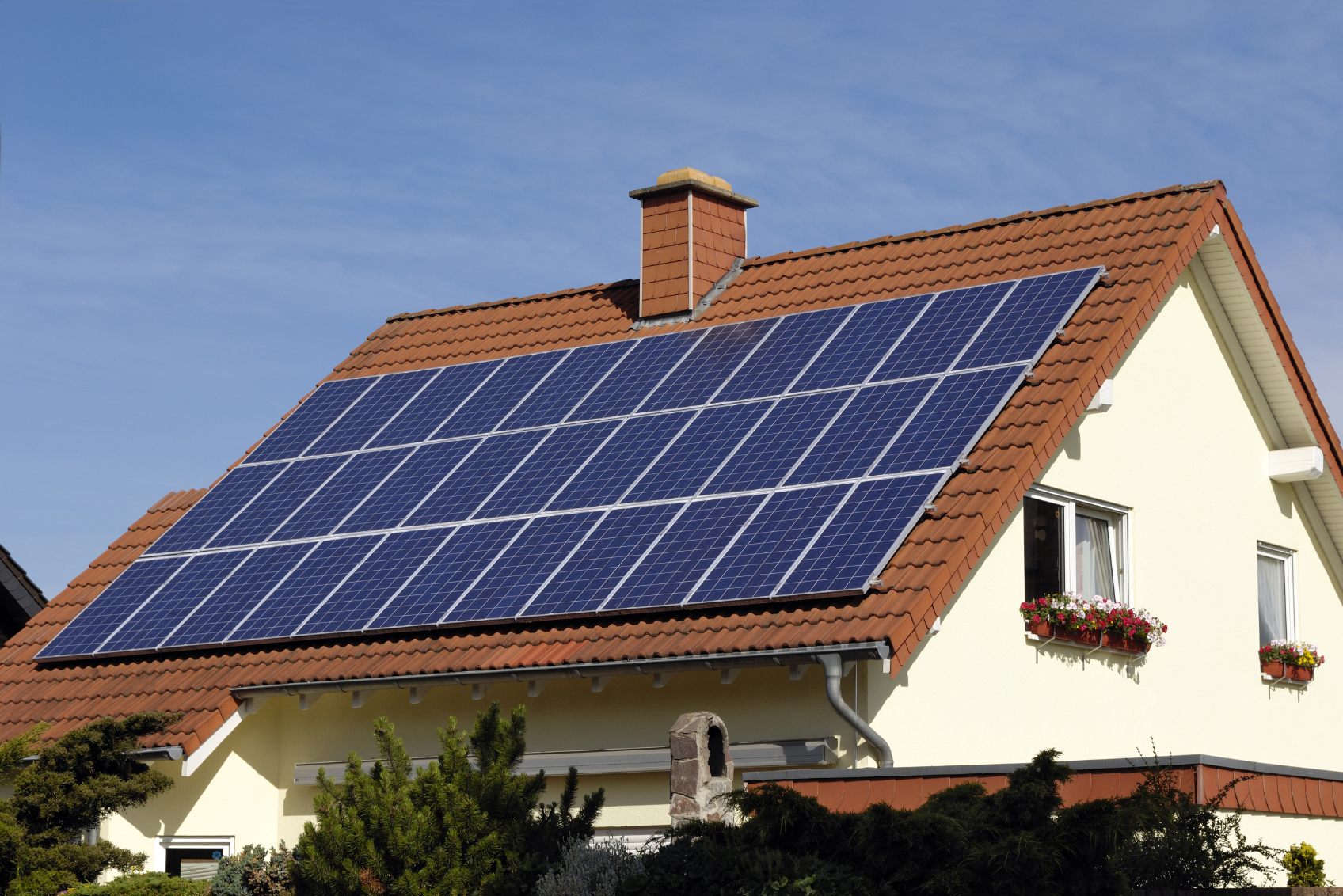 Oil and coal have fueled industrial progress throughout the 20th century, but these gains have come at a great cost: the emission of harmful particle pollutants and greenhouse gases. Now that global warming and related ecological concepts are familiar to the general public, many people are looking for ways to reduce the negative impact of human actions on the environment. Renewable sources of energy, such as geothermal vents, solar power, hydroelectric dams and wind turbines, hold out the promise of cheap, renewable, green-friendly energy. Most of these alternative forms of electrical generation are currently impractical, but one of them has been making great strides in price and user-friendliness: solar power.

The high cost of equipment has been a barrier to the installation of solar panels on ordinary homes, but that’s no longer the case. SolarCity, a company of which Elon Musk is chairman, has pioneered a form of financing called a solar lease. Under the terms of these leases, homeowners can get the necessary solar power equipment installed at their buildings with zero upfront costs. Instead, they pay a fee to the company every month during the lifetime of the lease and gain access to the electricity generated by the system. The lease payments are designed so that the customer will pay less than they would if they had to buy the same amount of electricity from their local utility firm. The success of this model has spread throughout the industry, and there are now many companies offering similar financing arrangements, like SunRun, Sungevity and Sunnova. Google has even teamed up with SunPower to invest as much as $250 million in solar leases to homeowners.

Old-school energy suppliers view these new developments with a mixture of trepidation, excitement and dismay. Putting solar power panels on the homes of their customers means that demand for their product, i.e., electricity sourced through the grid, will decline. Some companies are fighting back by charging special fees to customers who have solar panels installed. Other energy providers have decided to take the wind from the sails of SolarCity and its ilk by themselves offering solar systems to their customers. In the long term, we could see the role of large utility businesses change from being suppliers of electricity to becoming primarily managers of the grid infrastructure.

Besides leasing a solar power system, another option for cash-strapped individuals is to embark upon a DIY solar project. It’s possible to buy the necessary solar panels and wire them yourself thereby saving on the costs of installation without having to pay a monthly lease fee. However, the best size and shape of panels and their optimal placement depend upon a variety of factors, most of which are beyond the understanding of an average layperson. Even if you’re willing to learn all the details of correct solar installation, you’ll still have to become familiar with the permit requirements and building codes that apply in your state. For the overwhelming majority of property owners, it’s far better to take advantage of the knowledge and acumen of a professional solar installer, like the ones who work for solar leasing companies.

One of the drawbacks of solar energy is that it’s not available in every part of the United States. If you live in a state that’s not served by solar leases, you can still do your bit to foster the development of green energy in your own home. Most electricity suppliers give you a choice as to where your electricity comes from. You can specify that you wish to receive energy generated through renewable means, such as solar.

The growing spread of solar tech augurs well for the health of the planet. Solar power produces absolutely no pollution, and the sun gives us more than enough energy to do whatever we want, assuming we can properly harness it. Whether through leasing, purchasing or some other financing arrangement, everyone who installs solar cells to his or her home is replacing polluting energy with clean energy and thus doing their part in helping to take care of our natural surroundings.

About Author: Maria is a freelance writer currently living in Chicago. She has a Bachelor of Arts degree in English from the University of Illinois at Chicago with a minor in Communication. She blogs about environmentally friendly tips, technological advancements, and healthy active lifestyles.